I think it’s time to discuss Minecraft again, yes I know I discuss it a lot, yes almost as much as KSP, but there’s enough going on with it at this time that it could do with being revisited. With the acquisition of Mojang by Microsoft, there were questions as to exactly where the company intended to milk that $2.5bn out of the franchise in order to see a return on the investment. It seems that this question has mostly been answered with the release of Windows 10 and the resulting Windows 10 version of Minecraft. For reference the Windows 10 version is an expanded port of the Portable Edition, as the insistence on having everything function on all platforms meant that the traditional Java version was a no-go. There are a few ways of looking at this, but really it comes down to one key factor: Microsoft, and I hate that fact.

Firstly let’s consider development resources, which becomes a little more contentious with Microsoft involved. The company have stated that they intend to do what the community want, but this must be taken with a pinch of salt big enough for like twelve portions of chips. When it comes to Microsoft and indie developers, things are bleak. One notable example being Skulls of The Shogun, which got screwed royally by its association with Microsoft (link below). Skulls is not a lone example and indie studios suffer consistently at the hands of systemic corporate indifference, normally with concern to the now disappeared XBLA. The bleakness of these situations seems slightly different here though, as the general tone of Microsoft indifference to indie investment would actually be a positive aspect in this case. My major concern is that with Mojang having been actually acquired by Microsoft, as soon as they realise that they likely can’t squeeze that $2.5bn out of a saturated franchise they’ll shut down the Mojang wing and distribute its staff around the company. In short, my concern really isn’t about how Microsoft might alter the development of Minecraft proper which seems to be plodding along happily, but how the organisation is likely to respond to Mojang as a whole when it becomes clear that they aren’t likely to make their investment back on a game that’s already sold so well and is so saturated that every kid and their grandmother owns it. 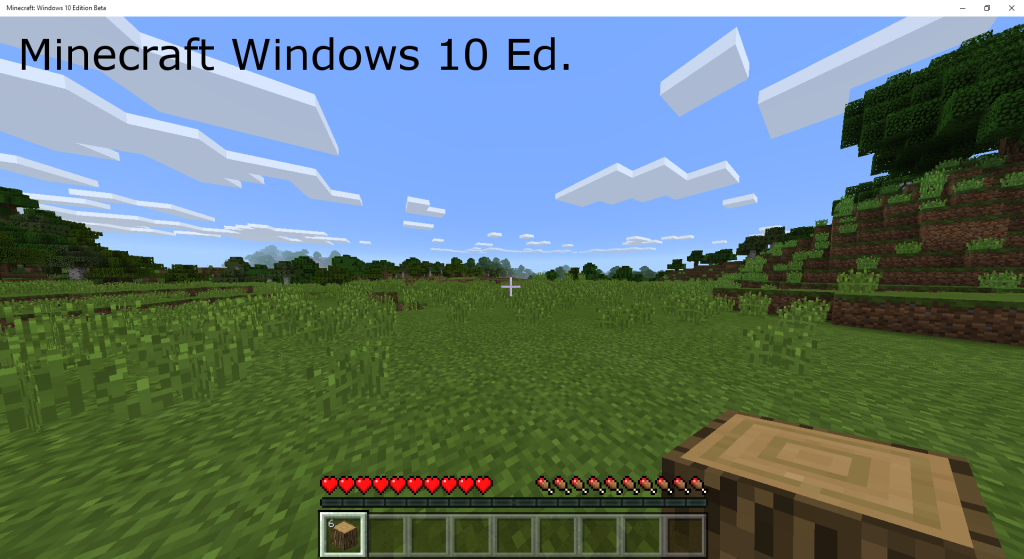 The current state of the Windows 10 version beta is much the same as the current beta of Pocket Edition, which generally brings these two versions up to par with the Java release. I say gameplay quite clearly because beyond the base game they are not on par, the options on the graphics and interface are severely limited in the Windows 10 and PE releases. That’s not mentioning one very key aspect: modding. The Java basis of Minecraft proper makes it relatively open to modding, and whilst Mojang have never been quite as supportive of the modding community as they should have been, they were never less than enthusiastic about it. The Windows 10 and PE versions are C++ based and are much more closed, almost completely compared to the Java version. This pretty much cripples the entire venture, Minecraft without modding may as well be a no go. It’s also pretty clear why this could also be a business decision, the illusion that companies like Microsoft seem to have is that modding is actually a revenue stream that they’re not embracing. Again we return to this key question, how are Microsoft planning on earning back that immense investment? The prospect of milking that investment out of the Minecraft player base through microtransactions and additional content, that may have otherwise been implemented by modders, does feel like a Microsoft kind of thing to do. It is worth noting that continued development of the Java version has been “promised”, but like all corporate promises it’s hollow and worthless. If the Windows 10 version succeeds and makes money will Microsoft leave the Java version to develop in peace or will they scrap it as an expended profit source? If the Windows 10 version flops and Microsoft disappears it, will they take the rest of Mojang and Minecraft proper with it?

On the other hand, Pocket Edition is better than it has ever been and as a result of this push to bring it up to par with the Java release, it’s going to be even better. My hope is that it will also gain even more settings options and such as a result of further feature bleed from the demands of the Windows 10 version. My recent jaunts with the Java version have also proven to be fantastic and coming back to the game after a year or two away has proven to be very rewarding. There isn’t a huge amount of evidence that the development pace or style on the Java version has changed significantly since the Microsoft acquisition, which should hopefully continue. One thing I will mention though is that even playing vanilla Minecraft, I have to play with mods to some degree. I’m currently playing with the experimental Optifine build that integrates Shadermod and makes the game look fantastic through shaders, especially when combined with the likes of a good resolution Sphax texture pack. In short, it’s not particularly concerning what might happen with the Windows 10 Minecraft, as long as its development is integrated sideways into Pocket Edition and the proper Java Minecraft is left alone. 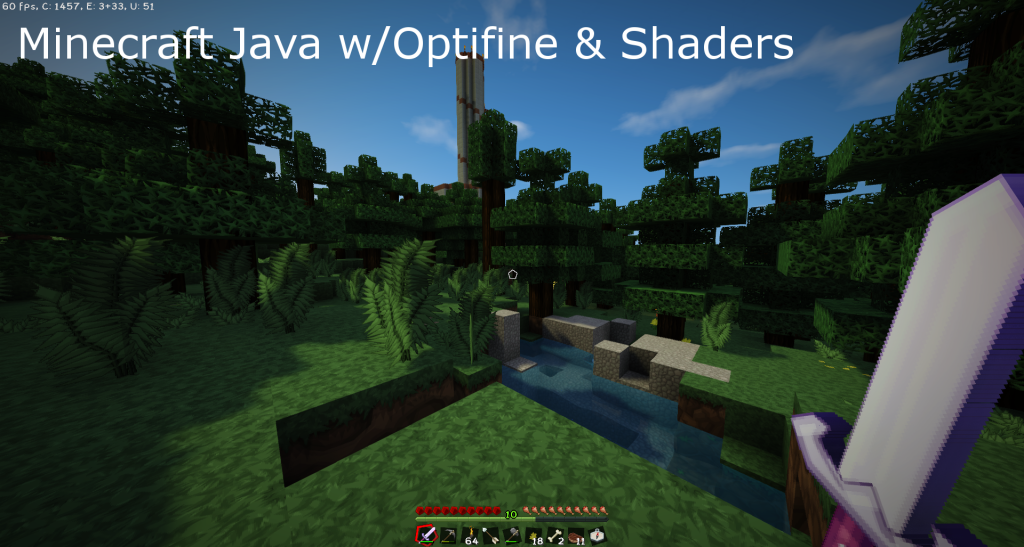 The Windows 10 Minecraft beta is available to those who already own the full version of Minecraft, a nice gesture even if there’s little point to it. A major strike against it is that it is of course Windows 10 only, Minecraft was the game that I played on Linux for the longest time and I still play it on both Linux and Windows. What’s most annoying about this is that if this version has already been written to be portable enough to run on Android, iOS and Windows, then then insistence on not putting it on Mac and Linux is a sure sign of the Microsoft dickery, that wouldn’t exist without the acquisition. Basically, if you want Minecraft on a tablet, get Pocket Edition, if you want it on PC (Windows, Mac and Linux) then get the Java version… if you want Pocket Edition on a PC for some unknown reason, the Windows 10 version is your best bet. This article is essentially swerving towards indifference towards the Windows 10 version of Minecraft and this aspect cements that ambivalence, the market for this product doesn’t seem to exist. I’d also like to clarify that I give precisely no shits about “Hololens” nor “Surface”, they are largely irrelevant and strike me as merely using Minecraft as a marketing tool to sell pointless things. (Although the Surface may not actually be that pointless, as I can sort of see the market as an Apple-like-but-not-crap bit of electronics). Here’s an optimistic finish then, may Windows 10 Minecraft exist and die in its irrelevance beyond the concerns of those that actually enjoy Minecraft. (Hopefully Microsoft will attempt to milk that $2.5bn out of console users or something.)

Skulls of the Shogun Article:

Minecraft Windows 10 Edition on Windows Store (this link was waaaay too hard to find!):

[It’s probably on the godawful mess that is iTunes]