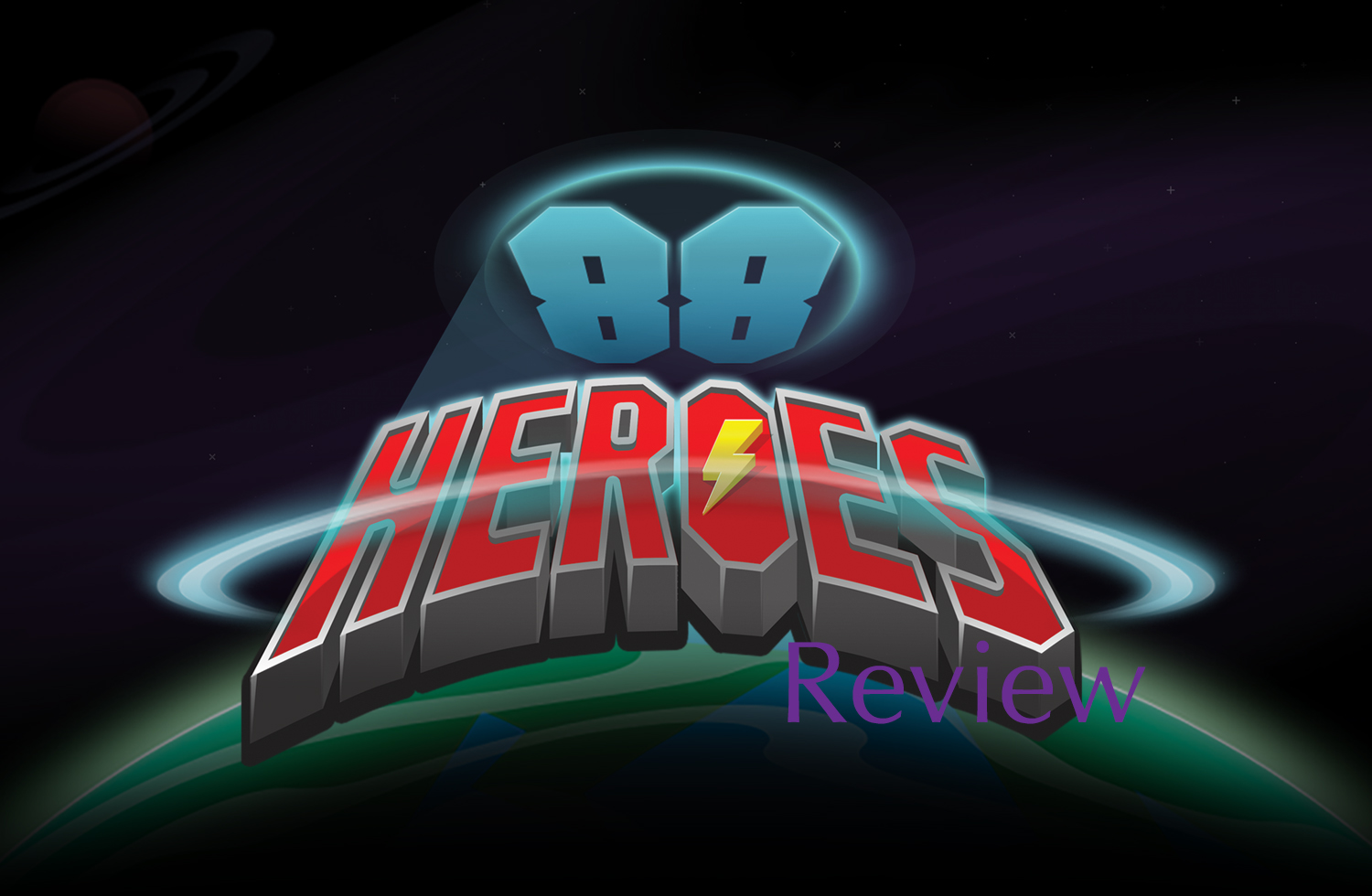 I played “88 Heroes” for the first time quite a while ago a MCM London last May. Going over what I said back then, I have to make sure I don’t start plagiarising myself after getting to spend more time with the game now.

It has a simple premise that can summed up by saying ‘the number 88 and related puns’. The evil Dr. H8, at 8:08 on August 8th 1988 (hell of a way start on a Monday morning (thank you Google)) threatens the world to get $88 octillion or he’ll blow up the world with 88 nukes. So 88 “heroes” are tasked with getting through the doctors 88 rooms in less then 88 seconds per room and under 88 minutes for the whole tower to save the world. The reason why it’s “heroes” as some of them are superheroes (like the time freezing Batbot), while others are just heroes (like the commando Commandude), and others some are just some dude (like Mr’ Average). What’s fun personally is that it overall follows one of my favourite lines from a movie (it was “The Magic Roundabout” (2005) if your interested);

“The fearless warrior of legend has come…”

“Erm, no actually, the fearless warrior couldn’t make it today, so we came instead.” 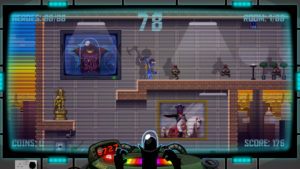 Each hero has different skills that is always a trade off. For example, Batbot can fly and it can stop time but it’s one of the larger heroes. On the other hand there’s heroes like Wang Wei, who’s power is that the controls are inverted and has no attack, are less useful.

From there, there is very little to say on the game. It’s end up being it’s biggest issue. It is a through-and-through comedy game built on references and irreverent/random humour and, in the most part, it is funny. But once the jokes pass there’s very little else.

It does have it’s platforming mechanics which a very sold and work extremely well. Even the first time I played it back at MCM, the controls where solid. As a 2D platformer, it is one of the best I’ve played in a long while. But in a market that’s bursting with 2D platformers by this point it has to have something else. And so we return to the comedy, on which there is very little to say.

I keep trying to come up with more to say about the game but there really isn’t anything left or more to say. In the space of under 500 words the review is over. The platforming is structurally sound and controls well while the comedy hook fades very quickly.

As a cheep, bit-size game it’s well worth a buy. After that, not so much. But to end this short review, I want to talk directly to the developers for a moment.

Make DLC for the game but use this engine to make a much more substantial game. The platforming engine the game is built with is near perfect opening the way for you to make a “Braid” style game or otherwise, (honestly).

This is by far the last time I’ll be reviewing a Bitmap Bureau game I think. I just hope the next time it’s a game that more a steak dinner then a crumpet snack. Both are nice. But one fills you up while the other fades quickly.